‘Success is not final, failure is not fatal: it is the courage to continue that counts’ 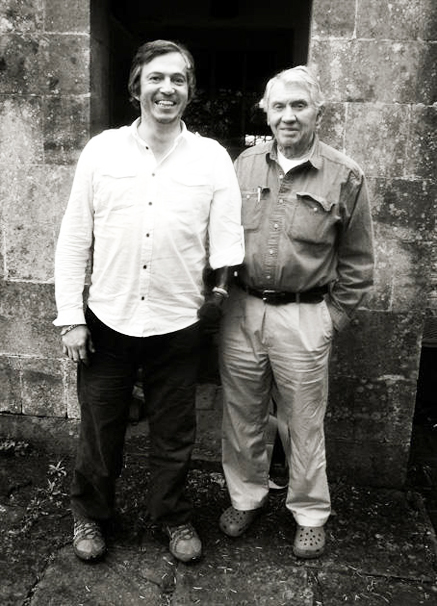 Here are two photographers. On the left, Giles Duley, on the right, photo-journalist legend Don McCullin.

Don’s story is well documented, and currently the subject of his own film, McCullin. Over his lifetime he has won many awards for his work; images and stories from some of the most hopeless situations the human race can create for itself. His pictures are breathtaking, and his courage in taking them self evident. 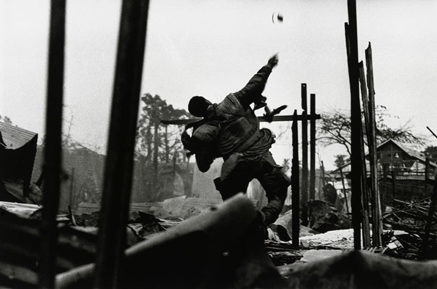 This is one of his memorable Vietnam war images that appeared in the Sunday Times Magazine in the sixties. Five decades later, Don, now 77 and still working, has just come back from Allepo, currently one of the most dangerous places on earth. It’s one thing to go into a war zone armed with guns and grenades, but quite another to carry only a camera. Don is one very brave man.

In its own way, Giles’ reportage is no less accomplished, winning awards for telling deeply moving stories from some very dangerous places. He sure looks happy to have met Don, and so he should be, for by any measure he should be dead.

It was while on his own commission to cover the war in Afghanistan, that Giles stepped on a mine and lost three of his four limbs. 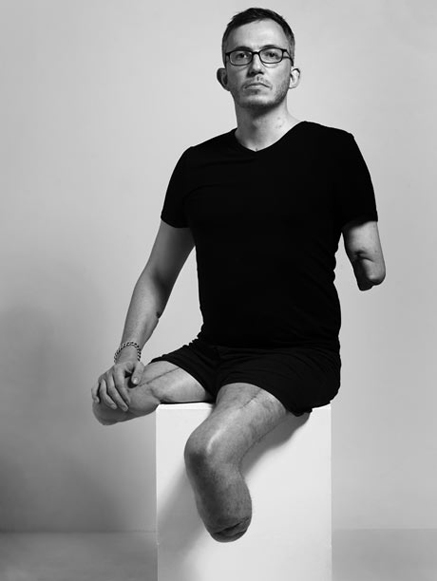 His tale has been extensively documented in the Guardian, the BBC and elsewhere. Like Don, Giles has had to contend with Becoming The Story, but for very different reasons. As demonstrated by this incredible self portrait, created with the assistance of Simon Vinall.

To live as a triple amputee requires the sort of courage I cannot begin to imagine. But doing a TED talk, that takes real nerve. As Giles says: ‘I spent the last 40 years hiding behind a camera so I didn’t have to speak’

This ten minute talk was rated by TED’s own team as one of the very best of the year. Watch it, and you can see why.

Giles says: ‘I became aware my body was a living example of what war does to someone. But that I could use my own experience to tell that story’

And the impact of that story, at least on me, was huge. As Giles eloquently reminds us in his talk, ‘You can do anything, if you put your mind to it’.